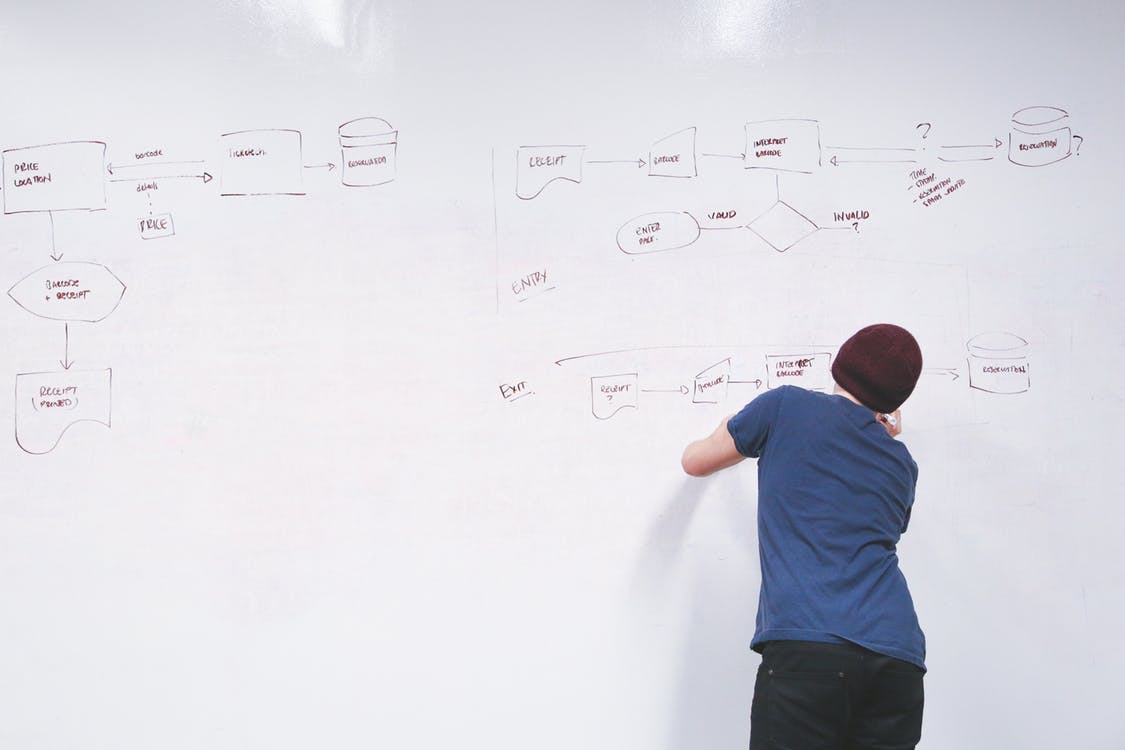 Goals are everywhere at work. It’s hard to find many companies that do not engage in some sort of annual goal-setting regimen. At some point the organization’s senior leaders set their goals, and then share them with their teams. Each team member looks at each of the leader’s goals and sets a mini-goal that reflects some part of the leader’s goal. This continues down the chain till everyone has a set of goals that are mini-versions of some larger goal further up in the organization.

As the year(s) unfolds, you may well be asked to record what percentage of your goals you’ve completed. This ‘percent complete’ data is then aggregated into bigger and bigger groups. This way the company can, at any point during the year, say things like, ‘65% of our teams have completed 46% of their goals. We need to speed up’!
And, at the end of the year, you’re asked to write a brief self-assessment reflecting how you feel you’ve done on each goal, after which your team leader will review this assessment. In some cases the manager also says whether she/he thinks each goal was actually met, or not. All this information goes into the company performance management system. It will serve as a permanent record of your performance for the year, and will guide your pay, promotion opportunities, and even continued employment.

Well, every company is different and each makes its own calculus, but the three most common reasons put forth for all this goal-setting are:

So, companies invest in goals because goals are seen as a stimulator, a tracker, and an evaluator.

In terms of goals as a stimulator of performance, one great fear of leaders is that the work of their people is misaligned, and that effort is being wasted on activities that don’t yield desired results. The creation of a cascade of goals calms this fear, and gives leaders the confidence that everyone is pulling in the same direction. Pressure to achieve company goals can induce fear. Fear-fueled employees can resort to inappropriate and sometimes illegal tactics.

Of course, none of this alignment is worth very much if the goals themselves don’t result in greater activity. You could argue that company goals do the opposite: they limit performance.

How about tracking performance? Do goals allow companies to do that? Hardly. Even though many companies ask employees to write down their yearly goals and track their progress. Progress toward a goal is not linear.
With all goals, at least in the real world, you are either done, or you are not done: goal attainment is binary. You might want to set some intermediate goals along the way, and tick these goals off as they are done (or not done). But you won’t ever be able to assign a ‘percent complete’ to your bigger goal as you tick off these mini-goals. And if you attempt to, or if your company asks you to, you will only be generating falsely precise data about the state of your progress.

What about evaluating employees? Can we evaluate a person based on how many goals she or he has achieved? Many companies do, for sure. But here’s the snag: unless we can standardize the difficulty of each person’s goals it’s impossible to objectively judge the relative performance of each employee.

Let’s say we have two employees we’re evaluating, Liselotte and Jordan. Each is aiming to complete five goals. Liselotte has achieved three goals and Jordan has achieved five. Does that mean Jordan is a higher performer? Not necessarily. Maybe one of Liselotte’s five goals was ‘govern an empire’ and one of Jordan’s five goals was ‘make a cup of tea’. To use goal attainment to evaluate Liselotte and Jordan, we need to be able to calibrate each and every goal for difficulty. We need each manager, with consistency, to be able to weigh the stretchiness or slackness of a given goal in exactly the same way as every other manager.

But it doesn’t have to be this way. Goals can be a force for good.

The only criterion for what makes a good goal is that the person working toward it must set it for him- or herself, voluntarily. The only way a goal has any use at all is if it comes out of you as an expression of what you deem valuable.

It doesn’t have to be SMART, or big, hairy, and audacious. It doesn’t need to contain key performance indicators or be built from objectives and key results. If a goal is going to be useful, if it is going to help you contribute more, then the only criterion is that you must set it for yourself, voluntarily. Any goal imposed upon you from above is an un-goal.

The best leaders realize that their people are wise, and that they do not need to be coerced into alignment through yearly goal-setting. These leaders strive instead to bring to life for their people the meaning and purpose of their work, the missions and contributions and methods that truly matter. These leaders know that in a team infused with such meaning, each person will be smart enough and driven enough to set goals voluntarily that manifest that meaning. It is shared meaning that creates alignment, and this alignment is emergent, not coerced. Whereas cascaded goals are a control mechanism, cascaded meaning is a release mechanism. It brings to life the context within which everyone works, but it leaves the locus of control. People don’t need to be told what to do, they want to be told why.